WE HAVE MOVED TO A NEW AND IMPROVED WEBSITE, PLEASE VISIT WWW.SHARETANZANIA.COM TO CHECK IT OUT! 🙂

SHARE TANZANIA operates in rural Tanzania, in the foot hills of mount Kilimanjaro. The goal is simple, to alleviate poverty, and improve the lives of vulnerable children living in the area.

The work here began it’s life on 01/01/2014 with John our founding director, its goal was to assist the children into a better quality of life in some way.

Having visited Uchira as a volunteer for an NGO called Village to Village, John wanted to do something about the hardships of the children he had met in the area.

Many of these children had been driven into child labour in some form or another to provide for themselves, some in mines some in quarries or working in the fields, all of which is extremely hard work. Children work for very little pay whilst doing so… Many were managing to just a say provide for themselves with the basics of flour and beans to live off.

Many other promising and bright children, sat idol as parents frantically looked for ways to earn the money to pay school fees.

Most of the children in the our Children’ fund have sadly lost their parents to various illnesses, the majority being HIV/AIDS.
Other children we have helped may have been abandoned, or lost one parent perhaps. Several are living with parents with mental disabilities also.

John moved to Tanzania and took over the then failed NGO he has volunteered with, with a view to bringing it back to life as it were!

Exactly one year later 111 Children had joined the fund. All of these children were sponsored by people from all over the world! Each child now receives full time education, meals, clothing and access to medical care if and when needed. For those families and their children who were homeless, or living in substandard accommodation, the fund also began to provide housing in Uchira.

Many of the children in the fund were once child laborer’s or about to begin a life of labor. So along with all of the above, most of our children regained their childhoods, or were given a chance at their childhoods by preventing its loss to begin with… 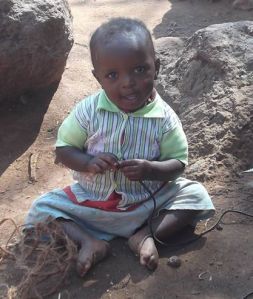 One year after that, and as more children from the fund lost loved ones, and guardians, and we could not find a foster home, we opened our doors as a children’s home. That home turned into a Children’s village, which had the addition of a centre for rehabilitating street involved childre.

Now as of 2017, we provide full time care for 22 special needs children, and over 40 able bodied children, some of the children live with HIV, others with trauma, and others with their own issues as we all have, but at least we are one big, all be it unusually structured, happy family…

To date as this is written, over 500 Children are now being assisted with full time education, medical care and all the other aspects of support we offer in the community also, and the fund is growing each week.

We differ from many other charities and NGO’s when it comes to our values and structure…. Our management team for instance are all full time volunteers, who share their time and lives with the common goal of bettering the quality of life for the children in and around Uchira.

Share Tanzania has its values set greatly in the magic of sharing. Too often we see people who give and move on, which is great and a perfect start! but we believe the world can only permanently end inequality, hunger, suffering and lack of education, housing and medical care… if we begin to learn as individuals to share the resources we have access too, as naturally as breathing say… To look each week at ourselves and say…

“Each week, can i share the cost of a cup of coffee, to give a child an education?”…. (That is all it costs to educate a child here!) and we find many people when faced with that question have simply said…. “yes! of course i can!”…

SHARETANZANIA is supported in the UK by our registered charity: Maendeleo Trust 1140669
and is also registered  as a non profit NGO in Tanzania NGO/1893 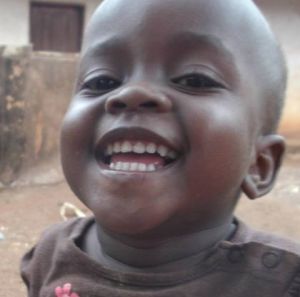